Escape your reality, if only for a little while. 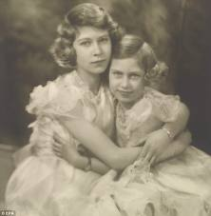 So here is another short story, one I wrote about a year ago now. It’s a tragic one, so be prepared to get the tissues out, but I hope you like it!

The day was bright; the grass its ripest green and the sun floating high in the sky, and Daisy was as ready as she could ever be for a walk in the park with her older sister and best friend, Buttercup. With their mother a florist, them being named after flowers had always been inevitable. But she had always wondered why her mother had chosen those two specifically. When she had first asked her, the woman had simply smiled and said, “They’re my favourite two flowers.”

But every time Daisy repeated the question, she had replied with completely different answers, such as, “They’re just really beautiful names,”

Or even, “Every time I saw the flowers in my shop, I knew they would make lovely names for my baby girls if I were ever to have any.”

But Daisy wondered why their mother had changed her answers so many times. Had she been lying? She thought about it as she waited for Buttercup to finish getting ready. She was one for making herself pretty, now that boys were starting to take up more of her attention. But Daisy wished her older sister would just stick to playing in the fields with her, and besides, eleven was too young for kisses and romance!

What is so great about any of that, anyway? she wondered. Yuck! Daisy often missed her sister and how she used to be.

“Come on, Buttercup!” she called, standing at the door of the cottage to enable the girl to hear her better. Buttercup came running down the stairs wearing her prettiest summer dress, it was bright yellow and had orange frills around the edges. She had blond hair that was so long it flowed over her bare shoulders, and a pretty smile on her face. Her appearance made her look, well, like a Buttercup!

Her skinny legs rattled like wooden twigs as she ran out of the door. Unfortunately, Buttercup had a condition that made her bones brittle and easily breakable, which meant that she often looked like a little ragdoll: she was much smaller than Daisy, even though her sister was two years younger.

Their mother appeared in the doorway of their cottage with an expression of concern on her face. She kept her eyes on Buttercup. Daisy’s sister was always the centre of their mother’s attention. Daisy hardly found it fair.

“Please be careful!” their mother called, her gaze following her oldest daughter’s small frame as she jumped and ran excitedly around the garden.

“I will, Mother!” grinned Buttercup, still jumping, except now using only one foot. “We’ll be back before tea.”

Their mother rested a hand on Daisy’s shoulder and whispered softly in her ear, “Look after her for me, won’t you?”

Daisy nodded, the slightest trace of reluctance in her tone. It was always, “Look after Buttercup,” never, “take care of Daisy,” as it should be. After all, she was the youngest.

The baby of their small family. But it never felt that way.

Buttercup took hold of Daisy’s wrist and, together, they ran off to the fields where they usually played their games of make-believe or sat making daisy chains, or where, if she

was in a good mood, Buttercup would rest a small yellow flower up under her chin to see if she was ticklish.

They sat down in their usual spot on the grass, underneath a small apple tree in the centre of the field. There were flowers growing everywhere they could see, scattered and stretching out for miles around, in all of the colours of the rainbow.

Just above the horizon, you could just about see the shape of a tiny cottage with smoke drifting from the chimney. It was theirs- the only one to be seen.

Daisy and Buttercup had always adored their countryside heritage; it was the way things had always been and the way Daisy hoped they would stay. Daisy did not welcome change; she never had. Change was for those with nothing special in their lives, for those with nothing they could truly appreciate. Daisy had her mother and her older sister and their little games, and that was enough for her.

As usual, Buttercup wanted to climb the Apple tree. As usual, Daisy had to tell her that it wasn’t allowed. That it was dangerous for a girl of her condition; she was so fragile.

But this time Buttercup was in one of her stubborn moods, and Daisy could tell that no matter how hard she tried to persuade, she would have no influence over her. She just went ahead and climbed the tree anyway, began climbing higher and higher. Though she didn’t know it then, it would be Buttercup’s stubbornness that would be her downfall.

She carried on climbing, becoming ever close to the skies above. Daisy was so scared for her sister’s safety; what if she fell? She would surely break something.

But, as she reached the highest branch and took her seat there, Daisy noticed that her sister’s spirit was stronger than it had ever been before. She tiptoed up onto the branch she had previously been sitting on and stared up at the sky. It would be the biggest mistake she would ever make. The branch snapped under her weight and Daisy heard the repetitive snapping sound of broken twigs and broken bones when her sister’s fragile body hit the ground.

Daisy ran to her sister and held her limp, lifeless body in her arms. She felt for a pulse, as her mother had taught her to do so many times before. She could feel the slightest trace of a heartbeat.

Relief flooded Daisy’s heart, then gushed like blood through her veins and hit her brain. She praised God in Heaven, grinning, feeling almost ecstatic at the emotions working against her in that moment. “Thank you, thank you, thank you…”

Daisy did her best to gently scoop her sister’s small body into her arms and carried her back home.

“Mother!” she cried when she reached the door. “Come quickly!”

Her mother appeared in front of her within seconds. “Daisy?” she said, gazing down at her unconscious daughter. “What happened?”

Daisy began to cry again. She could barely get the words out as she tried to explain all to her mother. “She…Buttercup…she wanted to climb the Apple Tree and I didn’t want her to but she did it anyway and all I could see was her body hitting the ground. I’m so sorry, Mother. I shouldn’t have let her.”

“Shh, shh,” her mother held her close, and then they, very gently, moved Buttercup onto the couch, and her mother tried to wake her carefully. When she received no response, Daisy’s mother’s fingers reached for the soft spot of skin under Buttercup’s chin.

She collapsed in a heap on the ground, screaming, “Nooo! My poor baby…” her voice trailed away and she and Daisy sat in silence, feeling nothing but despair.

They stayed that way for God knows how many minutes, sobbing silently against each other, neither of them having in their minds anything they could possibly say.

As the time passed, the sadness grew thicker and the shadows around them rose up around their shoulders, standing tall like creatures made from the darkness, ready to consume all happiness. The cheerful atmosphere that had once been went weak like poor Buttercup’s fragile bones.

When there was nothing left but silence, Daisy turned to her mother. “Why did you call her Buttercup?” she asked softly.

Her mother’s reply broke Daisy’s heart in two. “Because she was the rarest flower of all.”